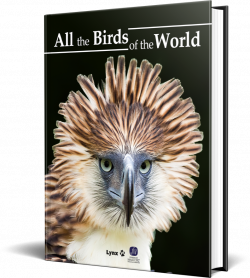 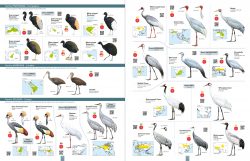 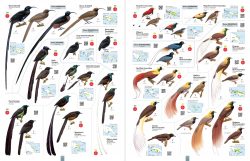 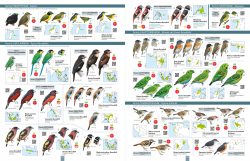 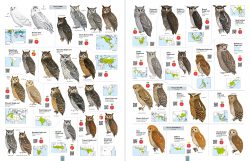 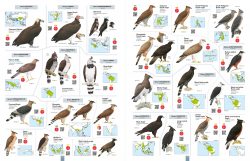 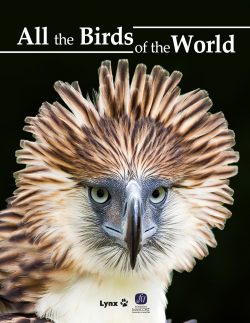 The easiest and most enjoyable way to browse through all the birds of the world.

For the first time ever, you can contemplate All the Birds of the World together in a single easy-to-use, fully illustrated volume. Created for a broad public, from novice birders to expert ornithologists and anyone interested in the spectacular diversity of birds, this book has something for everyone.

Explore the wealth of details and features
packed into each lavishly illustrated page!

“The editor, artists, design and production teams, and publisher are to be applauded for producing a handsomely illustrated and well-organized compendium that distils key information on all of the birds of the world, with convenient links to an ever-growing repository of images, videos, and vocal recordings.”

“The more I looked at this book the more I liked it. I am going to use it to keep my world list and will use the QR codes to get more detailed info on any species I am interested in. For those who cannot afford or do not want all the previous volumes this might indeed open up access to the fascinating world of bird species.”

“The premise of All the birds of the world is ostensibly simple. Across sumptuous double-page spreads that are efficiently packed without feeling overcrowded, every bird species in the world (and more about that later) receives one or more stunning illustrations and a distribution map – so you know what it looks like and where it lives. But this book is so much more than that.

Diagnosably different subspecies (and more about that later too) are illustrated. And there is a mass of information crammed into very little space. In barely 25 cm2 typically allocated per species, enough detail is provided for the reader to glean that creature’s essence, and to whet the appetite to learn more.”

“I’m also having great fun browsing All the Birds of the World, published by Lynx last year. It’s a truly incredible book: more than 20,000 illustrations detailing every single one of the world’s 11,524 bird species. It’s an absolute joy to spend time with – but the appendix on every bird known to have gone extinct since the year 1500 is sobering. ”

ABA podcast presents the Best Bird Books of 2020. “10,000 Birds” book review columnist Donna Schulman and “Birding” media review editor Frank Izaguirre join host Nate Swick to run down their favorites for 2020.
It’s an honor that “All the Birds of the World” is on the “Top 5” list for all three of them!

“Even though I have had All the Birds of the World book for only a couple of weeks, I have referred to it regularly for various reasons, but most often as bedside reading since it is an enjoyable way to browse through all the birds of the world, while dreaming about some post-pandemic birding and considering where my priorities should lie. Considering its size and the enormous amount of information contained within, it is incredibly good value for money, and I would highly recommend this book to anyone with a passion for the world of birds, particularly those interested in current taxonomic thinking, serious birders, and listers.”

“RECOMMENDATION: A must have for anyone with an interest in the World’s birds! The feature I like the most is the “ Taxonomic Circle” which compares the taxonomies of the four major World bird lists.”

“All the Birds of the World is also a door stopper of a book with 967 pages and weighing 4.8 kg. It is yet another publishing and zoological milestone. The fact that the first print run sold out so quickly says it all. Which person interested in birds would not want this book? There is something wondrous about holding a book in ones hands and knowing that it has every single bird species in the world; 11,524 taxons, 20,865 illustrations and 11,558 distribution maps. For a book of its size and importance, it was priced attractively in its initial offer. All of this for Euro 65 is an outstanding offering.”

“This book is amazing. If you are interested in birds, or if you need a gift for someone who is, take a look at this volume. This 967-page book contains a series of excellent color illustrations of all of the 11,324 known bird species of the world. For each species, both sexes are illustrated, if they differ, and many races are included—20,865 illustrations in all.”

For the first time ever, you can contemplate All the Birds of the World together in a single easy-to-use, fully illustrated volume. Created for a broad public, from novice birders to expert ornithologists and anyone interested in the spectacular diversity of birds, this book has something for everyone. 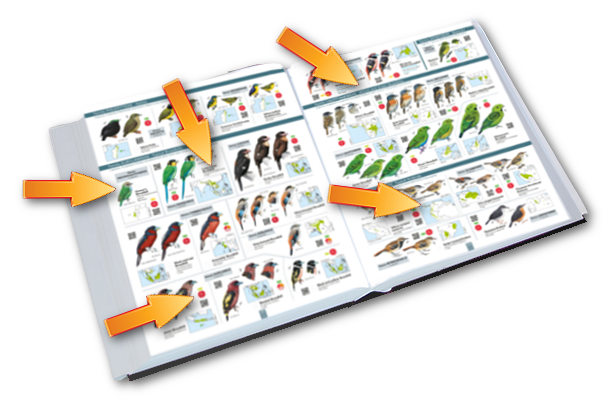 Take a look — every page is lavishly illustrated and packed with concise information!

28 reviews for All the Birds of the World

Show reviews in all languages (32) 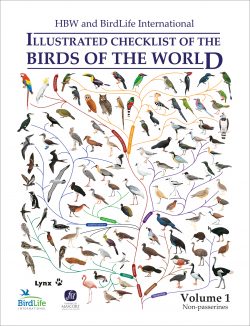 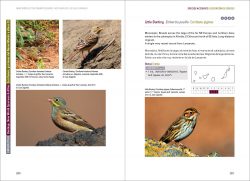 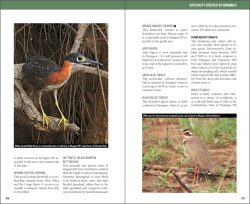 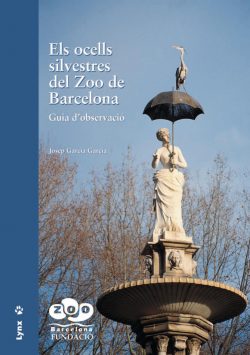 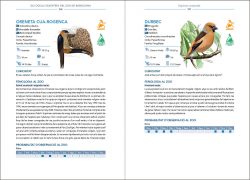 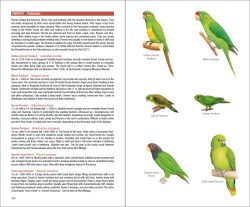 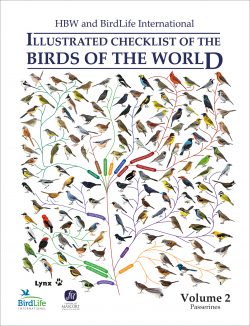 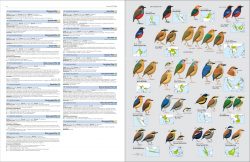 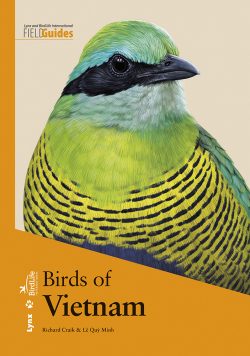 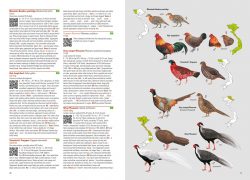