1 review for Birds of Malaysia

Chong Leong Puan
Puan first learned about birdwatching about 20 years ago, and has 13 years of experience in handling mist-netted birds. After completing his PhD in Wildlife Ecology from the University of Queensland, Australia, Puan continues his research on Malaysian birds with respect to community ecology, behaviour, vocalisations, habitat requirements, and population genetics. He has also been trained in raptor handling and migration monitoring in Wisconsin and Pennsylvania, USA. He is currently an Associate Professor at the Faculty of Forestry and Environment, Universiti Putra Malaysia, and is the Malaysian representative for the Asian Raptor Research and Conservation Network. 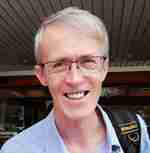 Geoffrey Davison
Geoffrey Davison obtained his PhD from the University of Malaya. He subsequently lectured at the National University of Malaysia, with research on tropical birds, mammals and the effects of large infrastructure projects. With WWF-Malaysia he then contributed to national strategies on conservation of natural resources and on ecotourism development, followed by six years with WWF-Malaysia in Sabah. More recently he has been a staff member of the National Parks Board, Singapore.

Kim Chye Lim
Kim Chye took early retirement to pursue further his interest in birds, moving on from birding to being involved in bird-related work. After a stint in Australia, where he volunteered in shorebird projects and qualified as a bird-bander, he returned to Malaysia and served with the Malaysian Nature Society as its Ornithological Officer, focusing on hornbill conservation and raptor migration projects. He later left the Society and, with the benefit of 30 years of association with the birds of Malaysia, carried out avifaunal surveys as well as biodiversity assessments for environmental consultants and NGOs. Kim Chye has collaborated in two other publications, Birds of Perak: Peninsular Malaysia and where to see them and Field Guide to Raptors of Asia Vol. 1: Migratory Raptors of Oriental Asia.

Illustrated Checklist of the Birds of the World