Lynx Edicions is a publishing brand committed to producing high-quality ornithology and natural history books. It is renowned for the 17-volume series Handbook of the Birds of the World, which was the first work ever to describe and illustrate each member of an entire Class of the Animal Kingdom, as well as the 9-volume series Handbook of the Mammals of the World. Lynx publishes a wide range of wildlife titles, including encyclopedias, checklists, field guides and monographs. 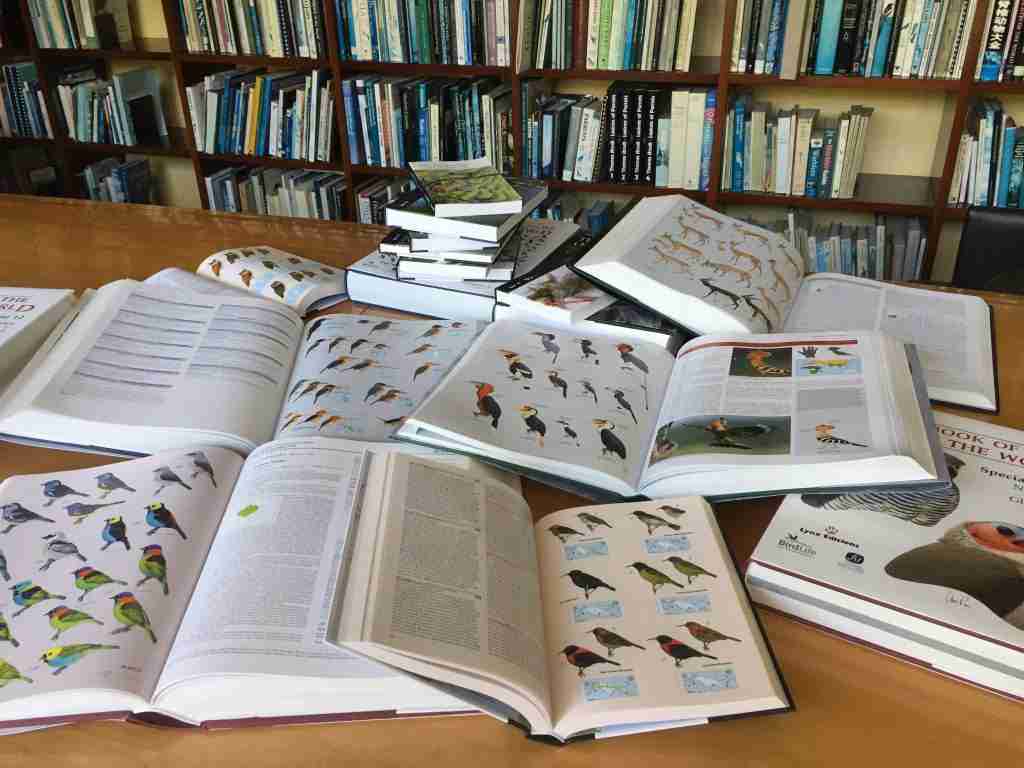 Our flagship publication and beyond.

The first volume of the 17-volume Handbook of the Birds of the World (HBW) series appeared in 1992 to wide acclaim. Subsequent volumes consolidated HBW’s reputation as the single most reliable and accurate source of information on all the world’s birds until its completion 20 years later. HBW is considered the most remarkable publishing project on birds ever conceived and executed and it is the first work ever to deal with and illustrate each member of an entire Class of the Animal Kingdom.

In 2013, after the completion of the HBW series, HBW Alive was created. This online version of the Handbook of the Birds of the World incorporated many additional resources, including constant updating. In 2020, the content of HBW Alive was incorporated into The Cornell Lab of Ornithology’s online project Birds of the World, where it continues to grow and serve the ornithological and birdwatching communities.

But the HBW project does not stop there. Lynx Edicions and BirdLife International, pooling the experience and expertise of both organisations, published an updated taxonomy for the HBW project in the first ever checklist to illustrate every species of bird in the world: HBW and BirdLife International Illustrated Checklist of the Birds of the World Volume 1: Non-passerines (2014) and Volume 2: Passerines (2016). And to further the goal of spreading and promoting interest in birds worldwide, in 2020 Lynx published All the Birds of the World in a single easy-to-use, fully illustrated volume to bring the extraordinary richness and diversity of the world’s avifauna closer to a wider audience.

Education as a tool for conservation.

Although the HBW project is where the story begins, it is by no means the only work for which Lynx Edicions has become well known. Works of such scope, excellence, consummate expertise and beauty provide a vital foundation for the appreciation and conservation of the species they describe. This fundamental principle also underlies series like the 9-volume Handbook of the Mammals of the World and the double-volume Illustrated Checklist of the Mammals of the World.

Lynx Edicions also has been enriched by many collaborations with prestigious international organizations dedicated to investigation and conservation. Such alliances have resulted in titles co-edited with BirdLife International, the American Museum of Natural History, the Smithsonian Institution, Conservation International, IUCN, Re:wild and others.

In addition to these major projects, Lynx is continually expanding its selection of ornithology and natural history titles, including field guides, wildlife guides, monographs and illustrated checklists. One of these growing projects is the Lynx and BirdLife International Field Guide Collection, whose principal goal is to produce modern, standardized bird field guides, especially for countries which lack a recent, or country-level guide. At the same time, for the mammals, there are a growing number of titles in the collection of Lynx Illustrated Checklists, covering all the mammal species of a given region. Lynx remains committed to these projects because they serve as important tools for the “emergence” and education of professionals and enthusiasts, including researchers, wildlife guides, and bird/mammal watchers, in any given country, which, in turn, has important repercussions on the conservation of nature and biodiversity, both locally and globally.