This is Volume 2, devoted to Passerines.

It is impossible not to be awed by the work which has gone into this massive project. It is a huge achievement, a real testament to the commitment of all involved in its production. Although it has, inevitably, caused its share of politics, the now-complete Checklist provides for the conservation professional an important new benchmark in defining which species are out there and which should be the most immediate subject of attention. For the recreational birder it provides a magnificent celebration of the world’s birds and their spectacular and astonishing diversity. That is something upon which all can surely agree.

There is no doubt that this second part of the Checklist is an outstanding piece of work, and that picking it up for just an hour or so is simply not an option. Once I open it I find myself absorbed in thought for several hours. These days we so often turn to online resources (such as HBW Alive) when we want information, and while these websites provide instant answers to many questions, the ability to look at all of the members of one family together in a book is still a winner for me.

This is a pair of books in which you can see, at a glance, what every single one of the world’s birds looks like, where they occur, how perilous (or not) their conservation status is (as of 2016 at least, as that year’s IUCN Red List update was produced handin- glove with the Illustrated checklist), and what their key taxonomic points are. For birders—quite aside from ornithologists and conservationists— the two volumes should thus be manna from heaven. Whether you read each page in taxonomic sequence or dip into the books randomly, you will deepen your understanding of the Neotropical avifauna, and probably prepare your avian bucket list or informally test your identification skills too. Although eyewateringly costly, the Illustrated checklist represents very good value for money. You will not regret the purchase.

With the suport of

The Illustrated Checklist Volume 2 by Numbers

In this Checklist, with the guidance of many genetic studies and the aid of the scoring system employed to evaluate differences in morphology, vocalizations, ecology and geographical relationships, the number of taxonomic changes for the passerines has been significantly high. At present (totals may change slightly before publication), the current volume has 41 lumps and 628 splits, compared with the taxonomy presented in the HBW series. Groups with major changes in species numbers include: 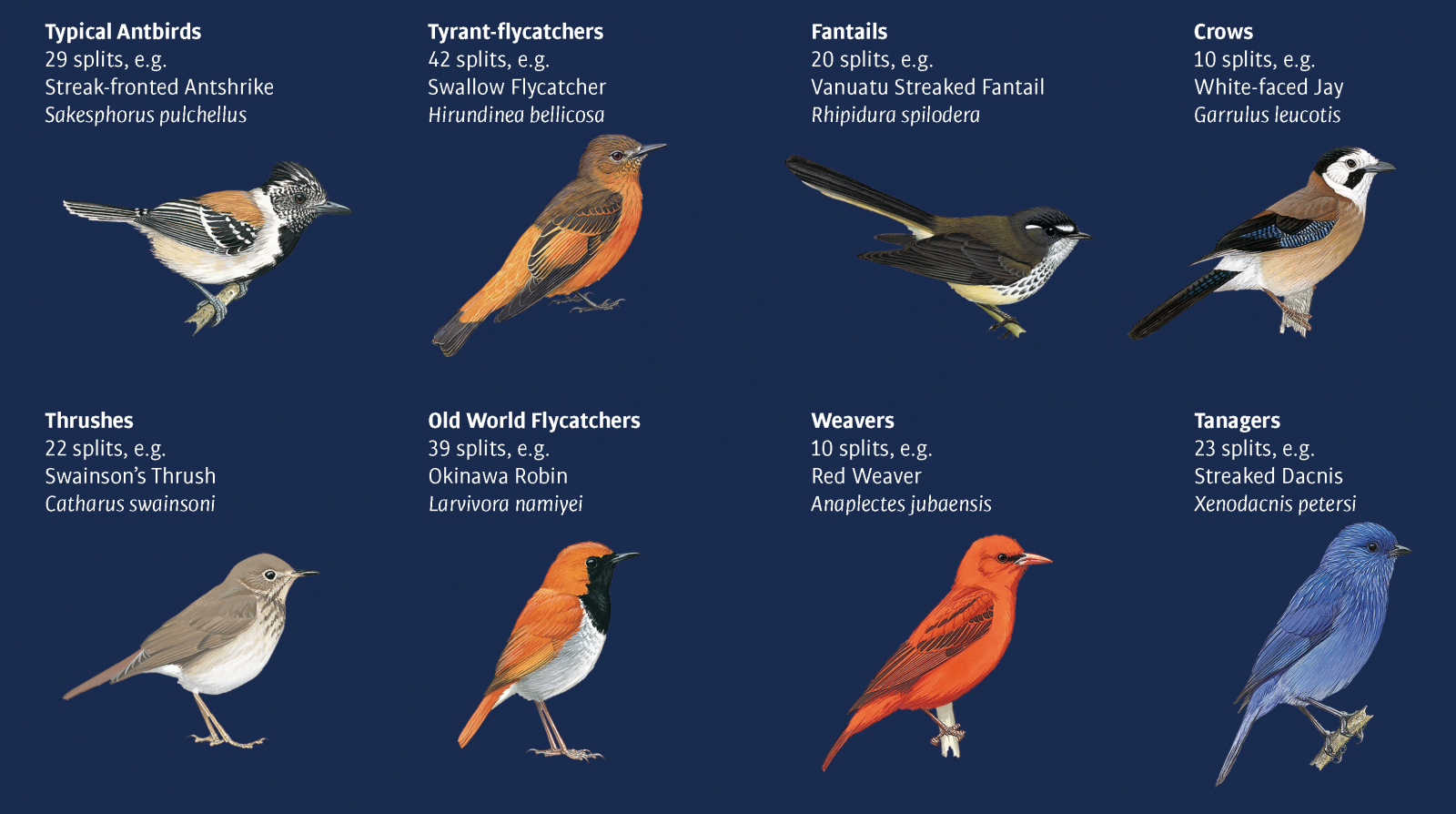 * Those included in sample page subject to change before publication.

Be the first to review “HBW and BirdLife International Illustrated Checklist of the Birds of the World. Volume 2” Cancel reply