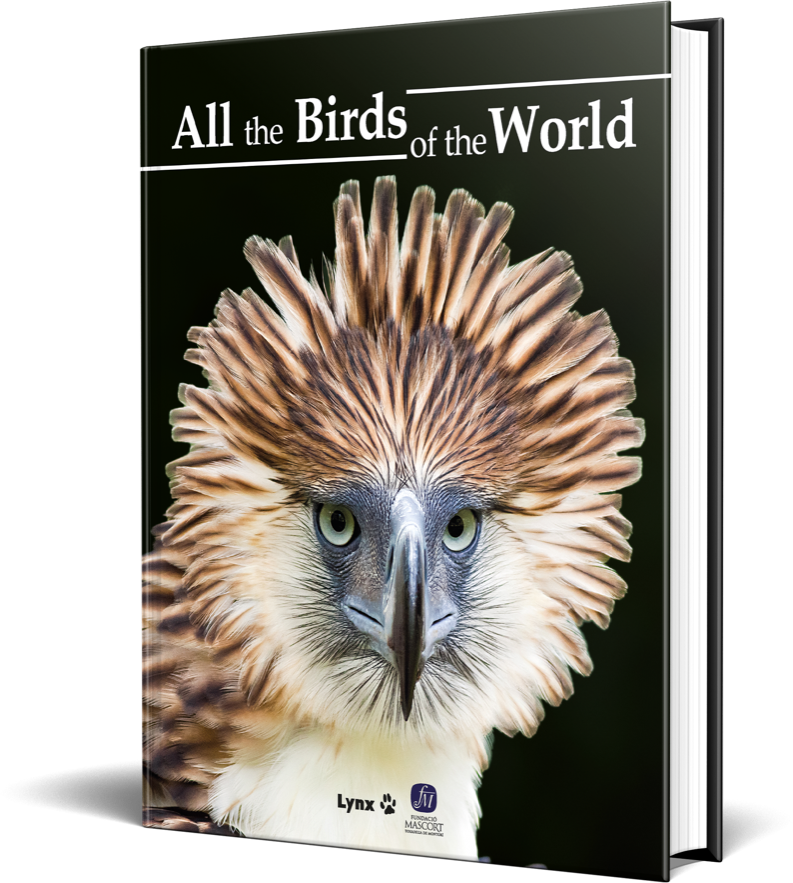 One Book,
All the Birds

Bee-eaters, herons, woodpeckers, tanagers, kingfishers, birds-of-paradise, swallows, hummingbirds… Pick any family of birds and admire and compare side-by-side all of their members living across the entire world.

For the first time ever, you can contemplate All the Birds of the World together in a single easy-to-use, fully-illustrated volume. Created for a broad public, from novice birders to expert ornithologists and anyone interested in the spectacular diversity of birds, this book has something for everyone.

Let us walk you through the most remarkable elements of this unique book: 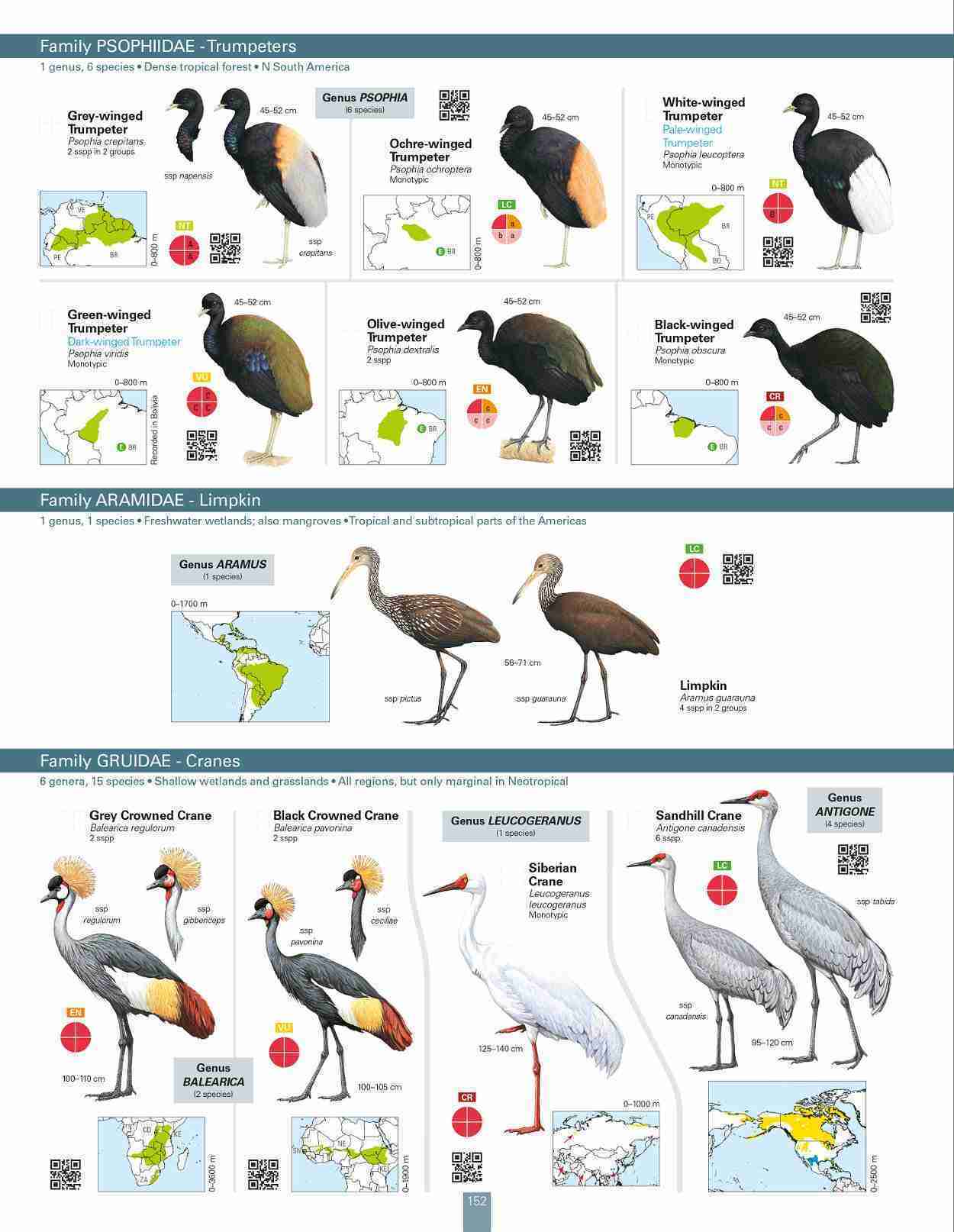 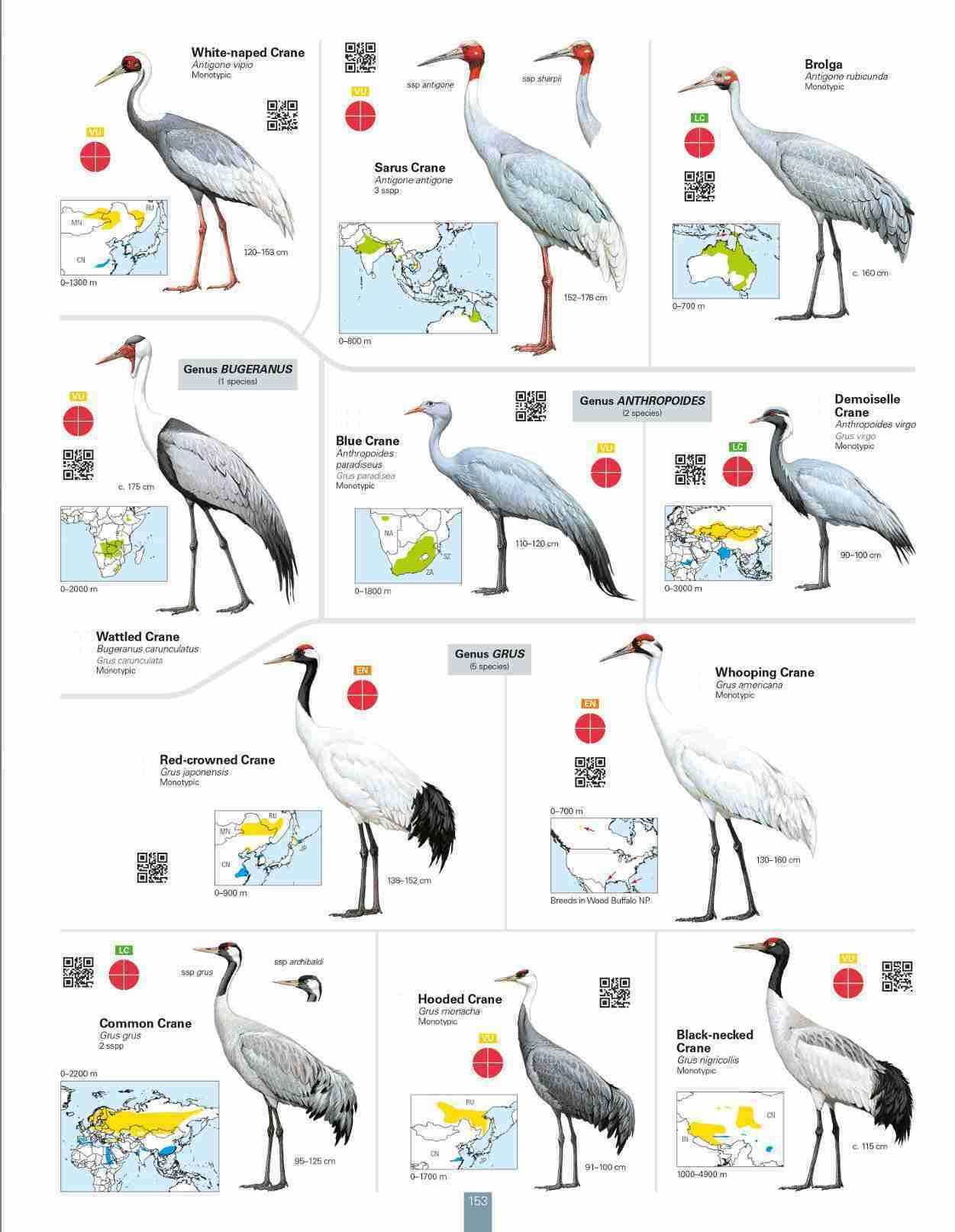 Presents every form accepted as a species by any of the four major world lists: 11,542 in total 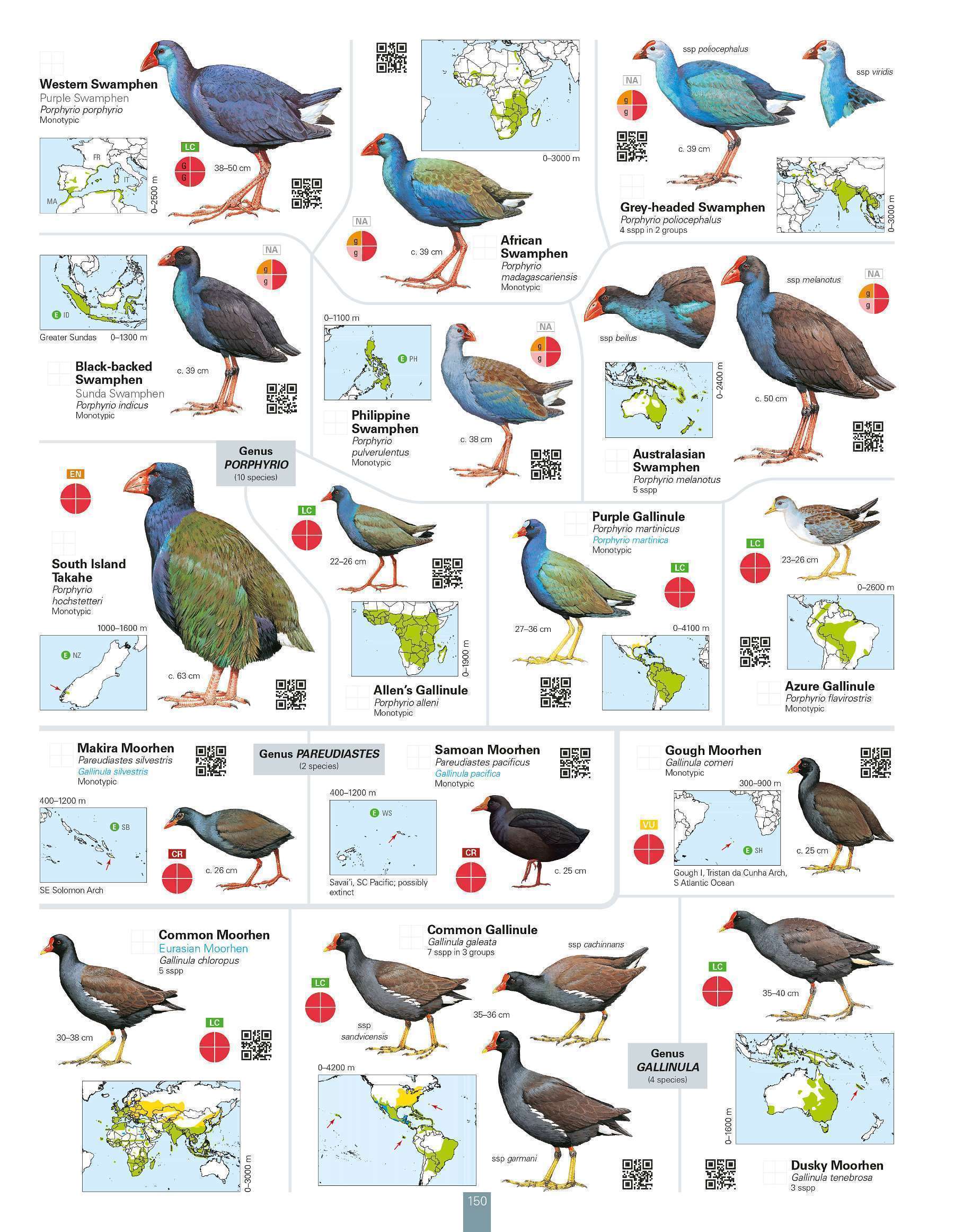 All the Birds of the World - highlights

👉 Swipe left or right to discover some of the book’s special features.
Some are easy to spot, like bird illustrations and maps; others are more subtle.

11,558 distribution maps showing the range of each species

Order headers including the number of families

Header with data for each family: number of genera and species, habitats used and geographical regions where they live

Fine lines to clearly divide species of the same genus

Altitudinal range is provided in metres for all species, representing the approximate lower and upper limits where normally recorded

Country codes inside the maps for reference

Summary of geographic variation within the species 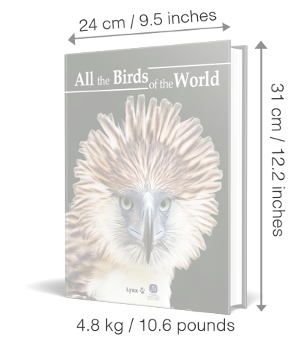 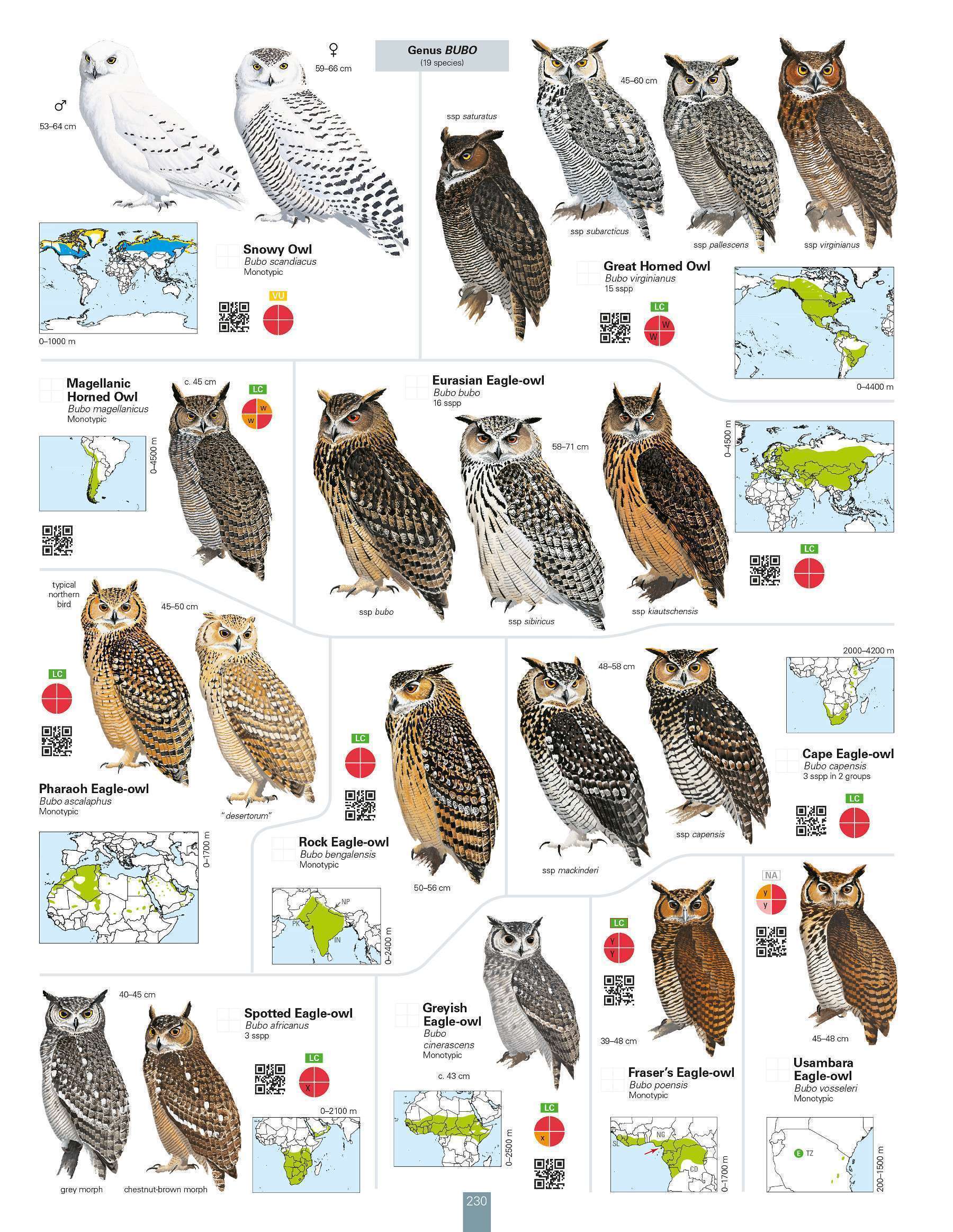 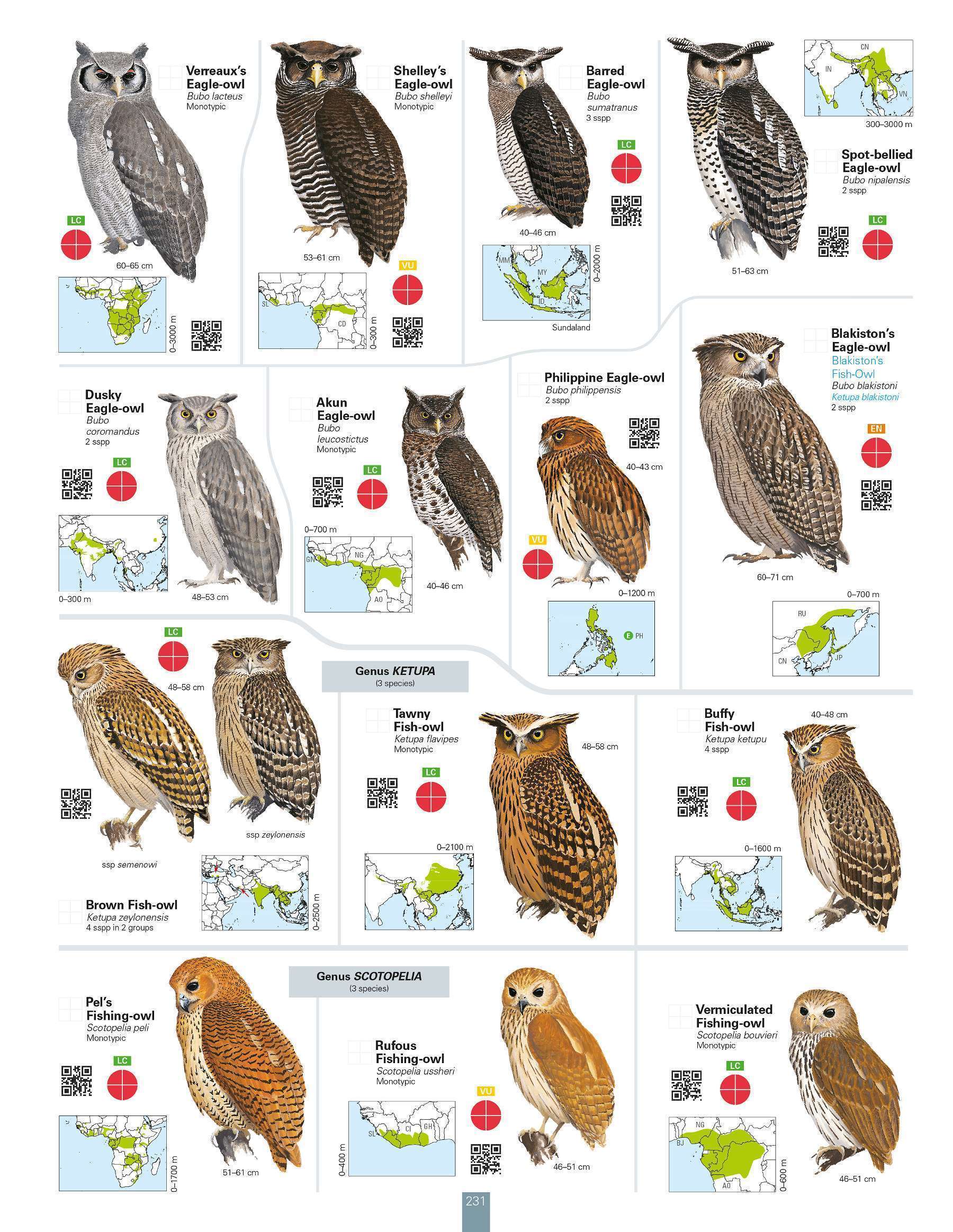 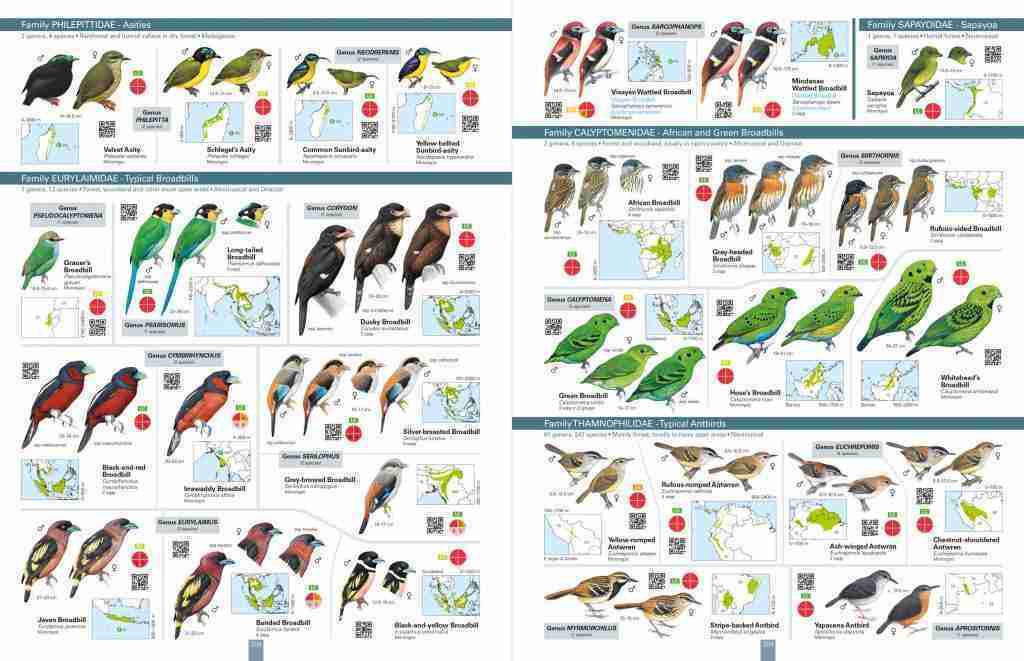 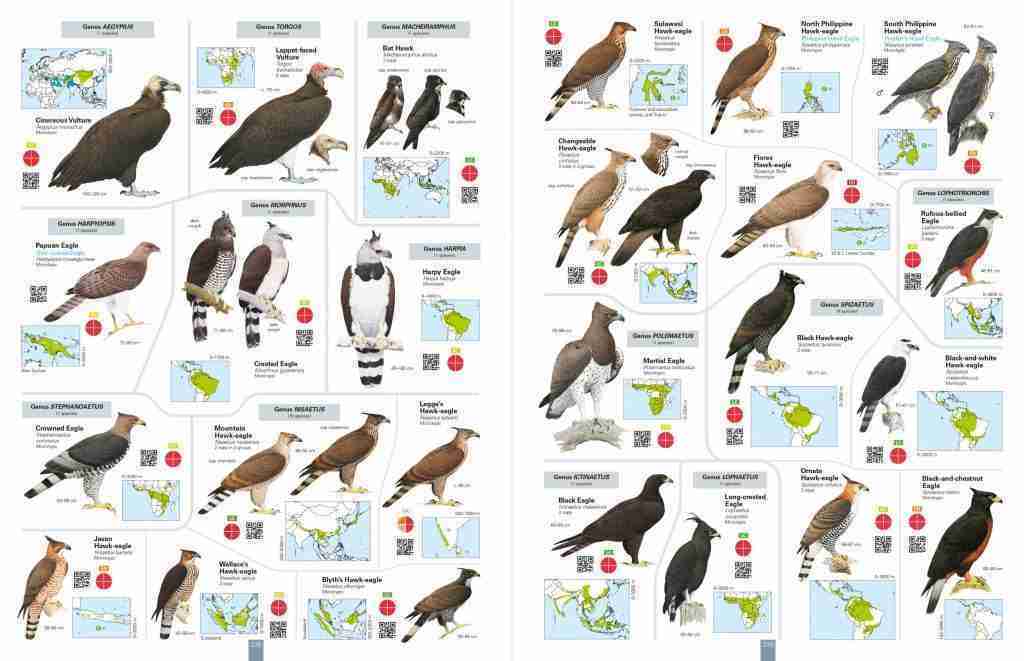 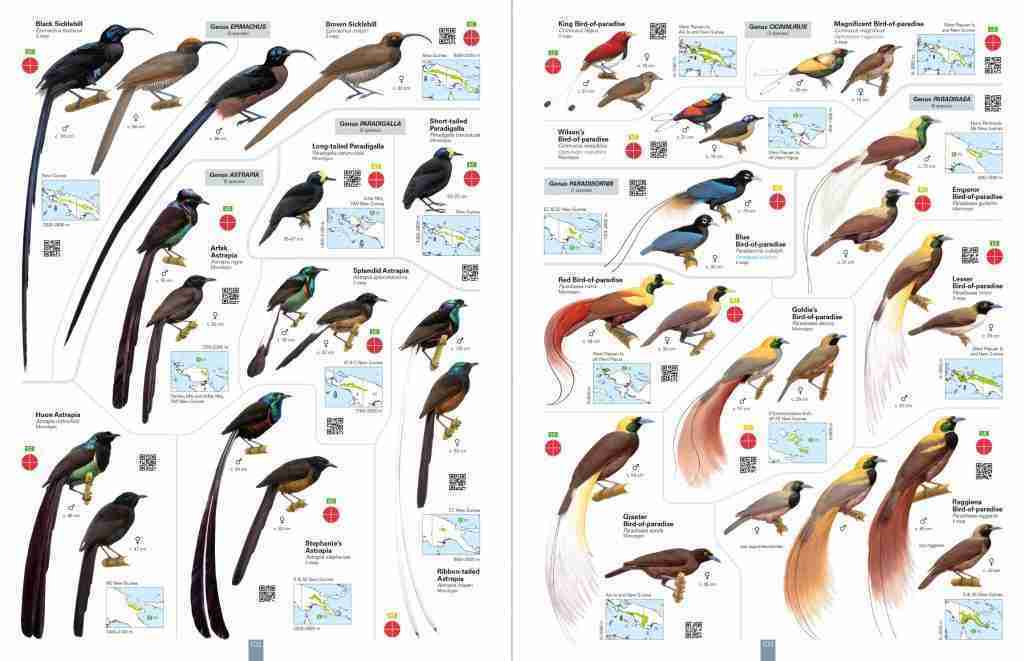 However, there are a number of differences between All the Birds of the World and the Illustrated Checklist in two volumes. An obvious one is that the current book is a single volume and its price is less than a quarter of that of the Checklist set. We hope it will be more accessible to many more people for whom the Checklist was perhaps too technical and not so affordable. Also, the more expert readers will find that this new work includes interesting new features not found in the previous works, notably the comparison of the taxonomic treatment given to each form by the four major world checklists.

To sum up, for the first time ever, the reader can contemplate all of the world’s bird species together in a single, easy-to-use, fully illustrated volume, and at a much lower price than even one volume of the other works covering the birds of the world. We hope that this new book will reach a large number of people, stimulating and developing their interest in birds, and that for many of them it will be a first step towards a passion for the conservation of nature, biodiversity and our planet.

Do I need this book if I already have the Illustrated Checklist of the Birds of the World?

All the Birds of the World has a number of interesting features that are not found in the HBW and BirdLife International Illustrated Checklist of the Birds of the World. One is that it presents a species-by-species comparison of the taxonomic treatment by the four major world checklists that classify all the birds of the world: those by HBW and BirdLife, eBird/Clements, the IOC and Howard and Moore. We think that this straightforward, visual comparison will be useful for readers with an interest in taxonomic matters, and we also hope it will serve as a tool to advance the ongoing process of reconciling the different taxonomies in one unified list. This unification would have important benefits for everyone needing a solid bird list—not just ornithologists and birdwatchers, but also governments, wildlife managers, ecologists, conservationists and many others. All the Birds of the World includes every taxon accepted as a species by any of these four major world lists, which is how we arrive at the total of 11,524 species covered.

Another innovative feature of the book is the incorporation of QR codes for all the 11,000-plus living species covered in the book. So, as you browse through the book, have your smartphone to hand and get instant access to the online resources of the Cornell Lab of Ornithology—their eBird and Macaulay Library projects. View photos and videos and hear the species in question with a single click. In many cases you’ll find there are hundreds of audio-visual records for a single species.

Every species has its English and scientific name listed as well as alternative names where helpful, including all of those used by eBird, reflecting the great importance of that project and the large and growing number of its participants.

In addition to a detailed Introduction explaining how to use the book and also offering an overview of the world checklists whose data have been included, there are also five appendices with information that we feel many readers will find interesting. One of these deals with the over 160 species known to have become extinct since the year 1500, while another explains selected cases of differences in nomenclature between the world lists. A 37-page world atlas of colour reference maps offers a wealth of relevant details of interest to birders and ornithologists.

Does it really illustrate every single bird species of the world?

Yes, it includes and illustrates all the extant, scientifically described species accepted by at least one of the four world lists, that is 11,362 species. Also, there is an appendix covering those species that have become extinct after AD1500, a total of 162, and all that are known from specimens are illustrated. This comprehensive coverage amounts to 20,865 illustrations.

Does it include recently discovered species?

There are a number of species that have been described as new to science in the last few years. All of these are included in the book, providing that at least one of the four world lists have already accepted it. This is the case of the Blue-throated Hillstar, Pincoya Storm-petrel, Rinjani Scops-owl, Cordillera Azul Antbird, Rote and Alor Myzomelas, Himalayan Forest Thrush and Ibera Seedeater, amongst others.

The book includes and illustrates all the extant, scientifically described species accepted by at least one of the four world lists, that is 11,362 species. But, as is common practice among the world checklists, undescribed species, which by definition do not yet have a scientific name assigned, are not included. The reason is that while many of these forms will eventually be described and accepted, sometimes a number of years later, others are later requalified as subspecies, etc.

Does this book include the recent split of the Superb Bird-of-paradise (Lophorina superba)?

In the genus Lophorina there are 7 species presented in All the Birds of the World. The four Riflebirds, as they appeared in the Illustrated Checklist, and what used to be the Superb Bird-of-paradise, which is now split into three species: Vogelkop Lophorina, Broad-plumed Lophorina and Lesser Lophorina. This complex is also the subject of a passionate nomenclatural debate, which is explained with detail in the Appendix 2 of the book: Selected cases of differences in nomenclature across world lists.

I have a different question. What can I do?

Please contact us! We would be happy to clarify anything on All the Birds of the World or any other title.